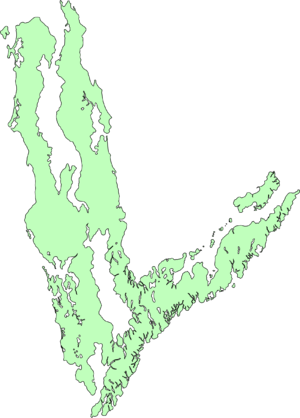 The island of Unuvun is the principal island in the Unuvi Archipelago. Located on the southern rim of Delezia-Hazele, its climate is dominated by the global circumpolar current, which bring torrential amounts of rain to the western plains of the island. It is one of the cultural hearths of Pavala as it was here that the Udàshe developed.

The name Unuvun is an endonym, derived from the Old Unuvi phrase un u vun (lit: 'land at corner'). Though, it is technically an exonym as the literal translation was adapted from the name commonly used by other states in the Htaevic Rouge. 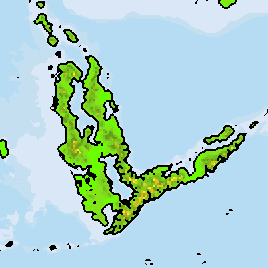 [Southwest is terrane split off from Nokhta-Ivinis, rest is from subduction volcanic arc that got split into two by back arc basin]

The island can be mainly divided into three separate sections: The flat southwest, hilly north-central and fjord-carved east. The southwest plains, mainly the Hsuvei Plain, have long been developed into an agricultural heartland. However, forests of indigenous <redwood trees> still remain in the hilly north and central regions, reaching upwards of a hundred meters in height. The vast majority of the trees on the island are evergreen, and there are numerous different species of fruits trees that have been cultivated.

Main article: History of Unuvun and the Nautical Peace