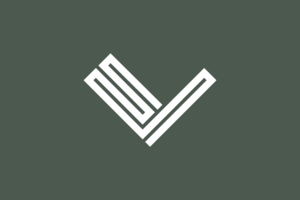 The flag of the Nautical Peace, a stylized sketch of the island of Unuvun

The Nautical Peace (Unuvi: Unuvei) is an imperial federation consisting of various federated states and territories on both Pavala and Haki, as well as several colonial holdings throughout the Yakei system. The capital and largest city of the empire is Yuuvei, with over 59 million people. The Nautical Peace's core holdings primarily lie on the rim of the Polar Expanse, the frigid ocean that covers the south pole. With over 500 million people, the Nautical Peace is one of the most influential nations in the world.

Citizens of the Nautical Peace are called Unuvenese in English.

The Nautical Peace is home to nearly every type of climate in the world, from the glaciated New Ice Islands to the tropical Rovne. The member states of the Nautical Peace are conventionally divided into five separate regions spanning every time zone of the globe.

The many hot spots in the Polar Expanse have created dozens of volcanic island chains, all of which are controlled by the Peace. The Peace's holdings in the ocean have varied climates ranging from coniferous forests to glaciers, and as a result are sparsely populated with the exception of the northernmost island chains.

Island groups of the Polar Expanse

Islands groups of the Uqe

The Nautical Peace's charter requires that at least three quarter of representatives in the parliament be state representatives. Though the Charter defines the 'right of every adult to a vote', it does not specify that their votes must count equally. In practice, employees of a department, such as park rangers working for the Department of the Interior in a national park, get two votes for parliament: one for their state, and one again for their department. Some departments work differently, however. In the Department of War, for instance, the department representative is nominated by the highest ranking general.

The Nautical Peace's ethnic makeup is dominated by the Unuvi, owing to the nation's inception on the island of Unuvun. However, as it grew to incorporate various territories across Pavala it integrated several diverse ethnicites such as the Tana in Ihyai.

The Lasletsa policy stipulates that in order for a citizen to exercise their rights, they must have green hair. This was used primarily to prevent foreign influence in the country. Police, lawyers, and others were allowed to refuse service to an individual if their hair was not green. To help accomplish their goal, the national government tightly controlled the supply and distribution of green hair dye. In the Wig Witchings of 9,405 Y, several prominent politicians in Unuvun were found to be wearing green wigs in order to hide their natural Meóese hair color. They were subsequently boiled like crabs in large clay pots, starting the short Second Crab War with Meó. As part of the peace treaty, the Nautical Peace passed a constitutional amendment that enshrined the 'right to a fine and large green wig' for any permanent resident of the Nautical Peace, and declared that 'a bald and shiny head shall be legally treated the same as a green one'. Thus, for much of the Peace's history the two most common paths to citizenship were either wearing a green wig or going bald.

Recently, technological and surgical advances have made permanent dyeing possible. Additionally, the definition of 'green' has been expanded over the centuries to include colors such as turquoise. As a general rule of thumb, if the hair color is does not resemble another Pavalan ethnicity, it is likely to pass muster as 'green'.

There are several types of schools designed to help students move through the tier system.

The Nautical Peace is a member of the Offworld Development Fund